Something a Little Different……

Something a Little Different……

Well after our fantastic trip last week catching many cracking Ebro Commons it was nice to have Paul and Chris returning after a quite incredible trip last year. They couldn’t fail last year so maybe they could bring us some luck and get these cats feeding……

Last year we fished just short 3 hour sessions morning and evenings mainly because that was all we had to do to catch many cats and carp, this year is proving to be a bit different as the start of their trip proved as we couldn’t even get a bite down the garden!!!! Day 2 saw us at Figgy but the cats weren’t play ball again with just a small cat to show. Same as day 3 !!!! even the garden was not fishing well, the carp were still spawning every where this could be a tough week…. Day 4 came and it was decided that a go for the Ebro’s roach might produced more action so armed with feeder rods and a box of spares off we went to Riba Roja. Well the Ebro is stuffed full of clonking great roach and very rarely fished for!!!! we have landed some stonkers  to over 3lb whilst carp fishing…and it didn’t take Chris long (first cast actually) to land a 1lb 7oz beauty. Fish came thick and fast with many quality roach landed…..Chris landed a huge fish but didn’t weigh or photograph it????? thinking more would come his way!!!!!! Day 5 and after a very enjoyable previous days fishing the decision was to keep going, so roach fishing it was, Paul not being as mobile this year changed swims due to the heat and a snag but proved to be a good move as he landed some cracking roach to 1lb 12oz. 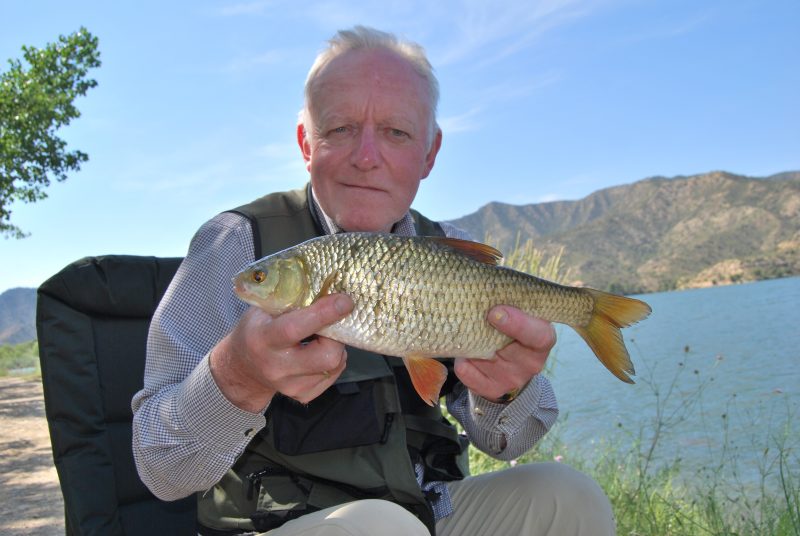 Day 6 and after catching many quality roach from Riba Roja the lure of the 3lbers up at Mequinenza drove the lads to have a go up there……so instead of a truck loaded to the roof with cat and carp gear it was a pair of feeder rods bucket of ground bait and a few tins of the jolly stuff!!!!!!!!! After the drive up and sorting out tickets we dropped into a cracking swim just down from where we have been catching the carp. One thing that was obvious straight away was that the carp were spawning in numbers!!!!!!! Everywhere you looked the carp were thrashing about but we were after roach so out went the feeders. 2 hours past with a couple of poss line bites only, I suggested a move to deeper water so we went and had a look……not for their liking.. so no sooner had we arrived we were back on our way to Riba roja where the lads caught yet more cracking roach to 1lb 10oz. 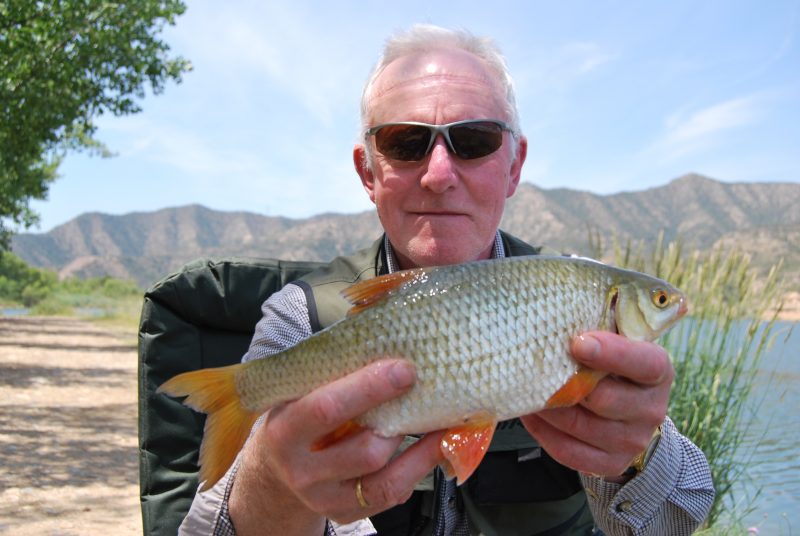 Their last day was to have 1 last go for a big cat at the Fig Tree but it wasn’t fishing well …..another small cat was all it would give us. So not quite the same as last year but nevertheless they caught some dream roach which was so much better than staring at motionless rods, we ate like kings and had a giggle or 2!!!!!!! Let’s hope the fishing picks up soon ……many thanks for your return Chris and Paul .