Well as the fishing is proving tough right now, (mainly due to spawning) it’s not really ideal that two very keen guys were next in for their very first trip to the Ebro!

First point of call was Figgy, it’s got to start producing soon surely, but with the evening drawing in  Mick and Ian had just a small cat to show. I had my suspicions that it was at night that they may be getting their heads down so the lads planned a 2 night session. I knocked up some bank side scrum including chicken, fresh dug new potatoes and courgettes to Micks horror as green things are usually for rabbits!!!! and left them to give Figgy the first real go at night for over two weeks. On my arrival the following morning I was met by 2 ropes in the water and 2 smug faces had the lads had a busy night??? Well over breakfast they duly told me all about it as it had obviously been the most incredible and unexpected session of their lives…. 6 fish in total and both of them had experienced a Fig Tree scrap!!!! smaller fish to start but a 60 80 and a 90 finished a great start to their trip…..Figgy is fixed!!!!! 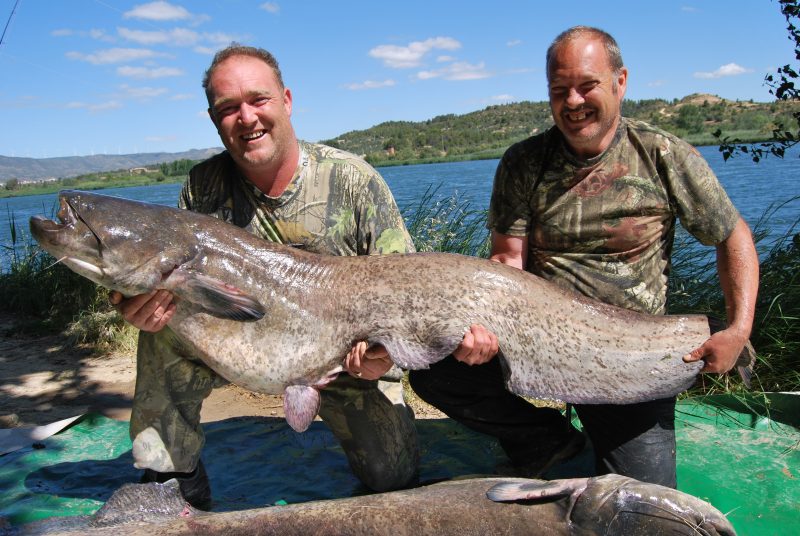 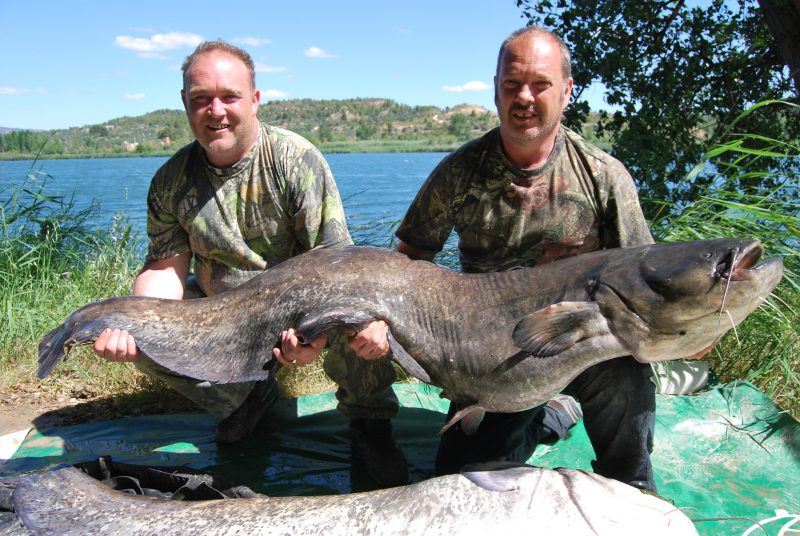 Both these fish had the tell tail signs of spawning which just confirmed my thoughts, the day went slowly until in my absence Mick had a hook pull on a very big fish but the evening soon came round more bank side scrum and another night of Fig Tree fishing!! Morning came and again 2 smiling faces as yet more fish were banked, 88lb and 92 amongst others, really great fishing by the lads. 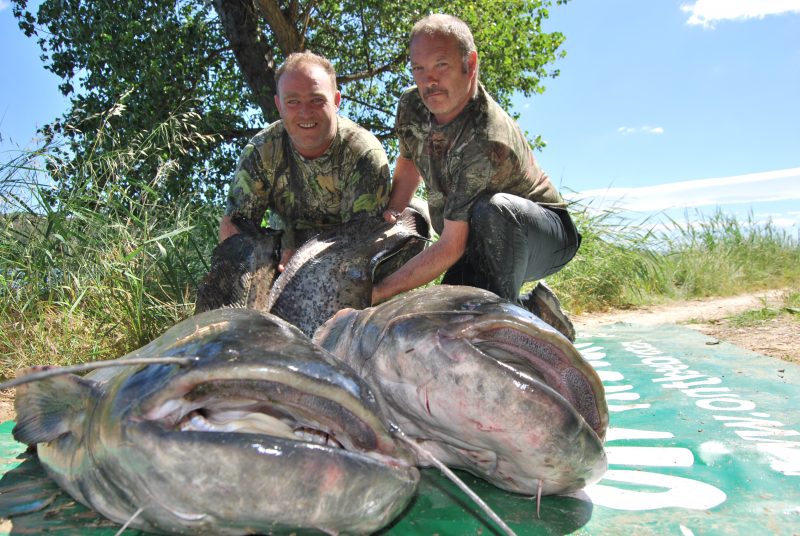 We fished through till early evening as we planned a trip to Mequinenza in the morning, what would they think of Mequi????? Truck loaded off we set and found ourselves in the middle of the Town stretch and set up dingy and all ready to do battle. I’m not sure exactly the distance out but prob over 180 yards the baits were dropped from the dingy, time to sit back and wait. About 3 hours passed and rod 2 was away but the hook pulled, not to worry as it wasn’t a big fish. Later in the afternoon rod 4 was away and Ian landed a  nice looking cat at 46lb, soon after Mick was in and also landed a 40+ moggie so great stuff both off the mark here in Mequinenza. 8pm and we rebaited all 4 rods ready for the evening session, nothing happen apart from me helping some some lads with a spot of bother next door as one of them landed a 52lb common!!!! Very nice fish indeed and time was nearly up but with half an hour till rods in No. 4 rattled off!!!!! Ian was into a much better fish, this one like the previous came straight at us but then gave Ian a proper beating, as it got close to the bank I could see it was indeed a better fish and at 106lb we had done it and landed that magic “Ton” right at the very end. 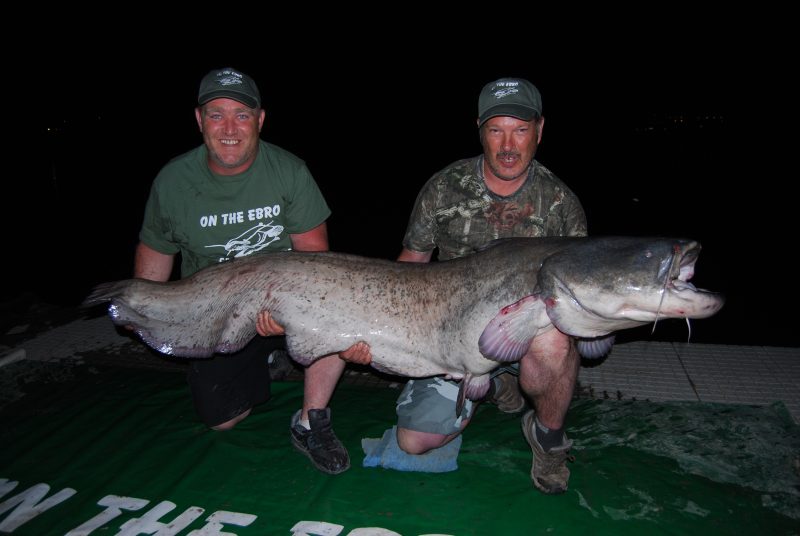 That was that, no night fishing rule ment we had to pack away and as the lads were away first thing in the morning it also brought an end to their trip. What a trip it was, lots of fish caught so many Pb’s and the magic 106lber to finish on,  I’m sure the lads didn’t expect this but that’s what this incredible river can produce and yet another couple who will come back for more. Great banter, great fishing, cats and courgettes what more can you ask for………Ohh Figgy is back!!!!!!!!