After having a great time with me old pals last week it was so nice to have the “ever present” Tony  …… accompanying him for his 2nd visit this year Martyn and it has been a while but great to see Rob back as well.  We set off and set up in Figgy as it was cats the lads wanted … Rob first up and it wasn’t long before he was in….. no need to describe the fight as as always they fight so hard here ….. Rob hasn’t had the best of trips here so I think he was finding it hard to enjoy the fight!!!! But the hook held and soon he was holding up a new PB at 91lb. 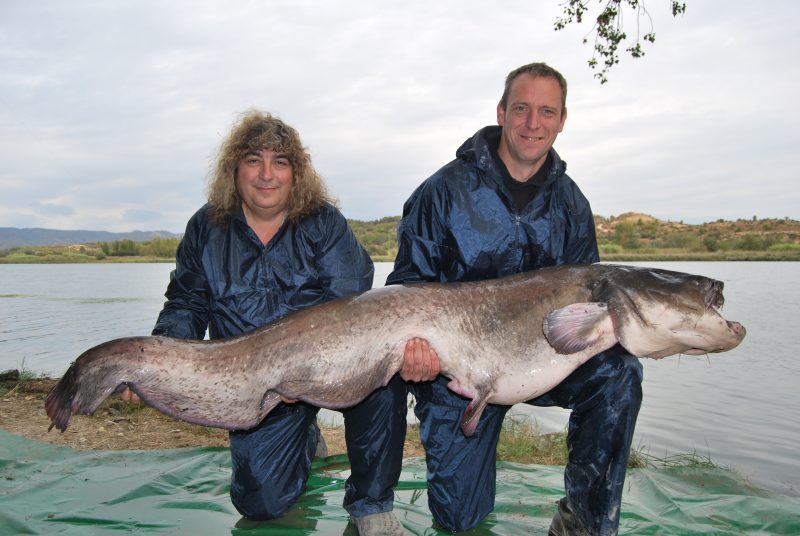 After such lovely weather last week to say it had changed was an under statement…. but the lads had started  well and it was soon Martyn to keep it going by landed a new PB as well at 72lb. 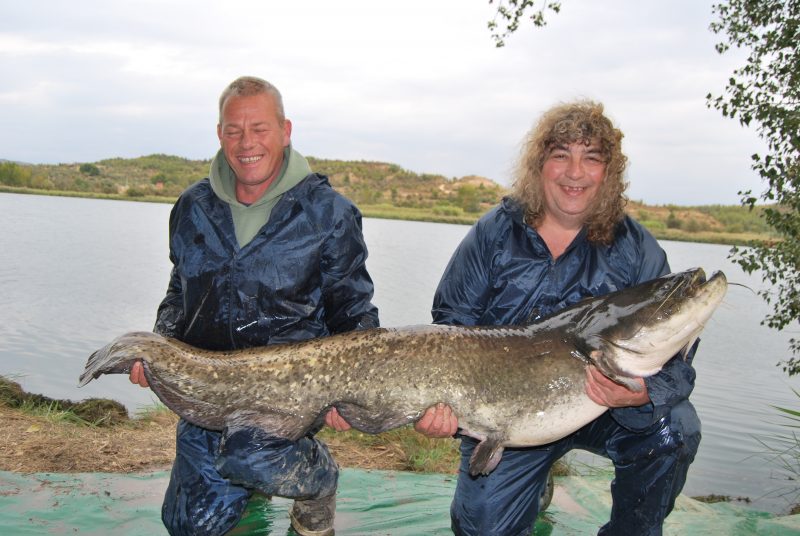 The lads stayed out all night and the following morning Tony was pleased to tell me that they were all off the mark ….. close to the magic “Ton” a 98 for Tony and a great start considering the weather had turned very damp and cold. 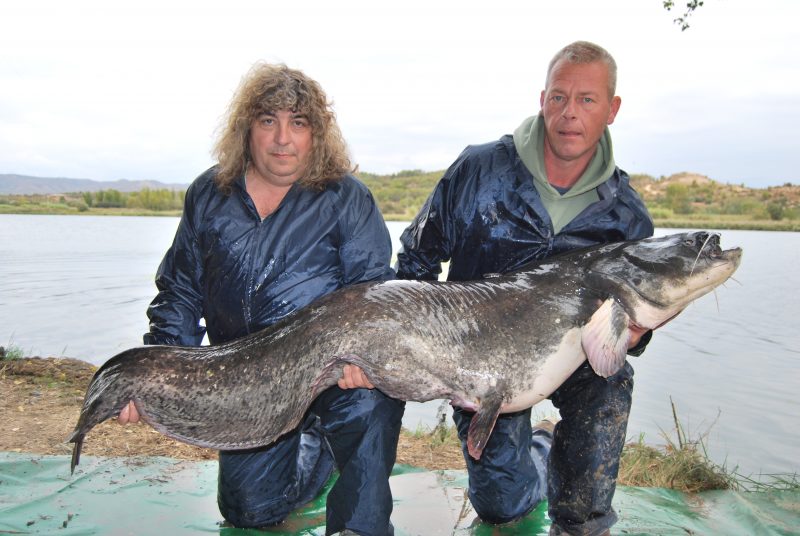 The next day proved tough, small cat was all that came to the rods …. weather and a lot of weed were causing problems but the lads were after a biggie so they kept the bait going in….  The following morning there was nothing to report apart from that there were fish showing nearly all night so they kept at it ….more bait but just the odd small cat came to the rods. We changed 2 rods over for carp but even these stayed quiet…..

This was pretty much how it stayed…. they kept at it but it wasn’t until the very last day that Tony landed a 60lb cat. Tough last few days with quiet rods, weed and cold wet conditions but as always we had plenty of laughs and Tony’s fab bacon and sausages to keep us well fed. Tony will be back for more next year for sure…..