Bit of Carping in Mequi…….

Bit of Carping in Mequi…….

This week was to be a week carp fishing……we do really need a 50 in the portfolio!!!!  well it eventually got going often 1 member missed their flight then the following day their train and even managed to get off the train at the wrong station!!!!! So 2 days late off we went to catch a big carp. We set up in a swim we have fished regularly, I love it in there with nobody to squeeze you out!!! although it is a tad snaggy. All 3 of us set up, yes I was having a couple of days fishing too but only 2 of us actually cast out!!!! Missed plane, train and the plot!!!! Well it wasn’t long before the dark clouds got darker and before we knew it it was tipping it down, very hard downpour followed by bright sunshine and the obligatory Rainbow.  I was fishing as I always do…..bright yellow pineapple snowman down the margin and there was the odd fish showing, maybe the downpour had freshened it up! My left hand rod had a knock…followed by a fierce drop back…… picking the rod up and winding like mad I soon had caught up with the fish, it plodded about then went absolutely crazy straight down and under a pine tree. A bit of a hairy moment but soon James slipped the net under a lovely looking carp. Many of the carp we catch are clean previously un caught fish, this was no exception and at 32lb 5oz it was like a bar of gold. 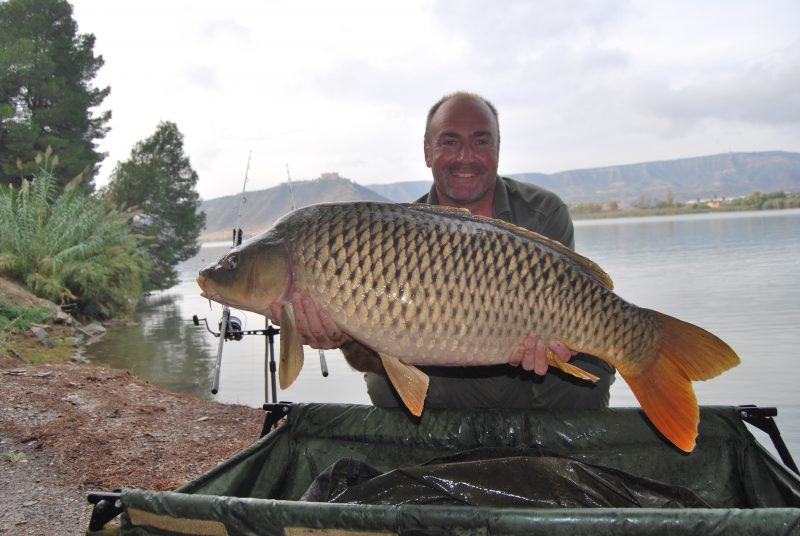 No more action that evening and as always rods in at mid night because  of the no nightfishing rule!!!! Morning came with fish showing everywhere, I put in plenty of pineapple boilies , James did as well with Paul not even cast a rod out yet….fast asleep!!

It was my outside right hand rod that sprung into life first early afternoon, James looking on sure he was thinking something!!!!! But I keep things simple and soon we were looking at another thirty at 32lb 3oz. 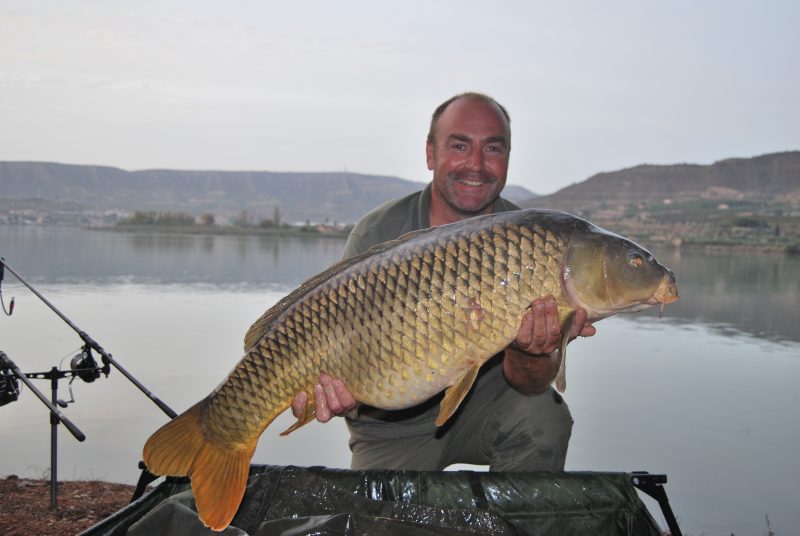 Think James had a bit of a “tweak” I know he went onto a yellow snowman but at 11pm he was into his first fish. He had had it on a while before I relised he needed help, Paul was still inactive!!! but I was pleased to help as another thirty slipped over the net. James well pleased with this one as it was his first ever thirty at 31lb.

Three good fish landed both me and James lost a couple over the next 24hours, I left them the following day where James landed a couple more at 29 and 18lb. I returned to fish the last day but our cut short trip was at its end without any more action. We had caught some good fish and was pleased for James with his 31lb common, as for Paul,well  it does help to cast out!! Looks like the 50lb common will have to wait a little longer…