Well with a big fish at last from Figgy it was great to have Nige, bro Martin Trevor and new gang member Derek back, they had a fantastic trip last year so can they keep up the momentum???????

We started off at the Fig Tree and it didn’t take too long to get amongst a few small cats ….. Nige was our entertainment for the week as he was happy checking out what was on offer on his many different “dating sites” …. so funny as some weren’t quite what was expected!!!! Anyway big cats were not playing ball, plenty of bait going in …..weed as it had been all year really being a pain but it was Derek who got us off the mark when on his turn of the rods was bent into a lump……… Great to watch someone who has been told all about the power of these cats gets to find out “hands on”… eventually Derek had the better of it and was soon holding a 108lb moggie 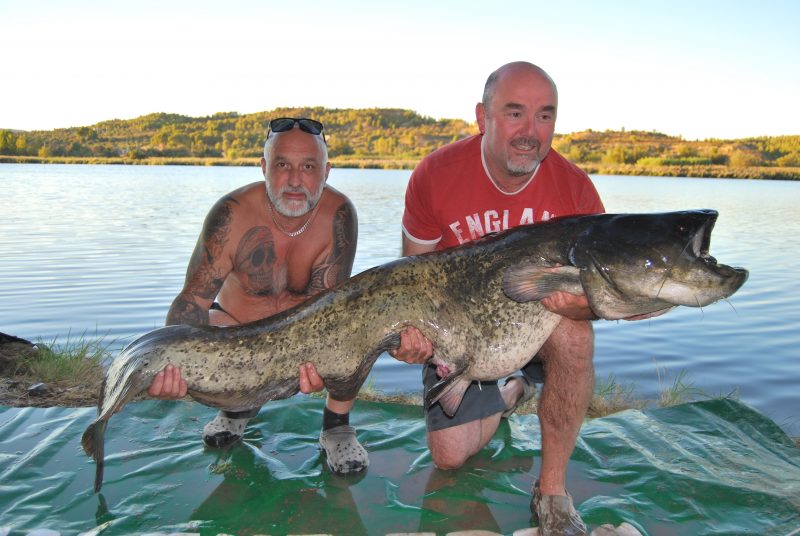 The lads kept the bait going in I kept Nige company with trips to the village ..yes you are a “figit” but the bigger fish just weren’t having it……. Trevor and Martin both had a few to 70lb but they decided to have a couple of days carp fishing to finish off with. 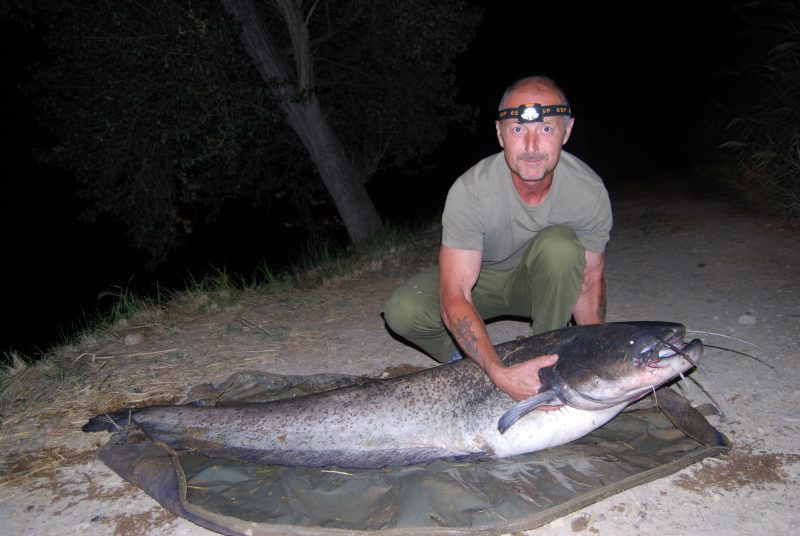 Well to be honest the lads fished so hard … 2 nights with just 1 carp of about 20lb to show for their efforts …. this river can play hard to get and sometimes it’s after a very good weeks fishing……. Still Nige kept us entertained and Derek at least went home with a biggie ….That’s The Ebro for you always keeps you on your toes!!!!!