Home Latest News And about Time Too!!!!!!!
NextPrevious

After the intense heat from the previous week it was nice to have normal September weather…… but will the fish be feeding?? James and brother Wayne along with dad Dave were here again to find out…. Figgy it was and a couple of nights were planned to start with…..  They started  slowly with a few smaller cats but James soon got us under way with a cracker and new PB at 98lb. 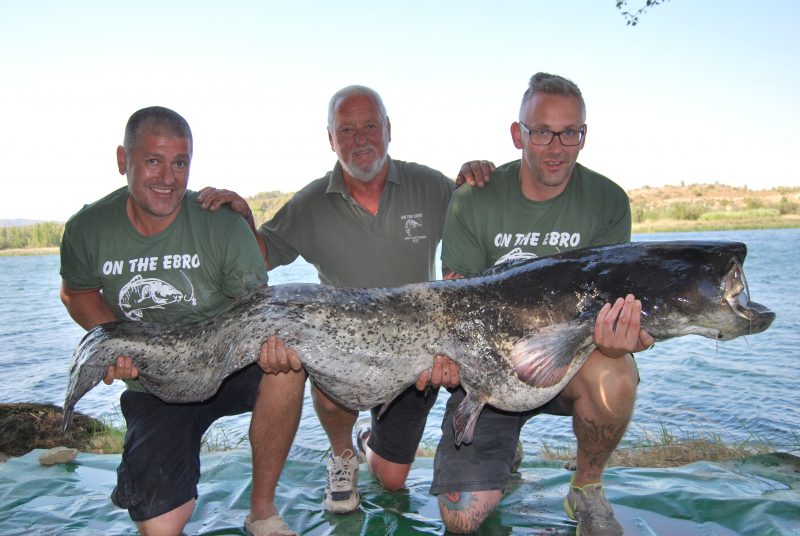 The next morning I arrrived to cook them their breakfast, rope in the water so at least they had had a fish in the night. I gave the rope a quick pull saw a half decent fish on the end and commented “good fish who caught it?” Dave did…… well done Dave as he won’t mind me saying getting him out of his chair is an effort!!😂😂😂😂😂 he does like a puff and a brandy!!!! So I made breakfast and they invited me to have another look at Daves catch…. so another quick pull on the rope … up popped the moggy.. and to be fair looked bigger this time round but didn’t really give it that much attention. James then started getting the mat ready for the photos as I obviously wasn’t making the right sounds….. did they know something I didn’t??????. Well both James and Wayne went down to pull the fish up and I still hadn’t “fallen in” until they started pulling it up the mat. More and more fish came out the water until it became apparent… this was a very big fish!!!!!  Dave had done battle from start to finish …. over 30 minutes in the dark and the lads had just roped the fish up so they still had no idea how much it weighed. Well it went 162lb and a new record for figgy ….. incredible effort from all the lads not just Dave  but both James and Wayne for dealing with it after…….. 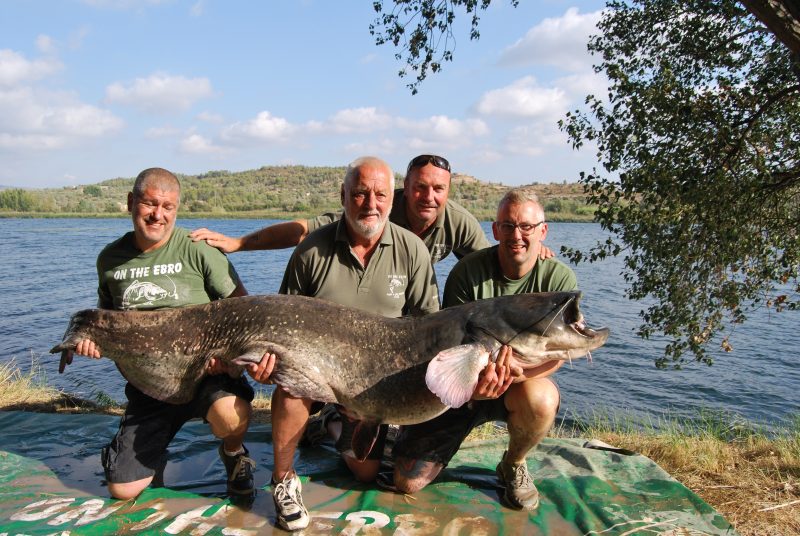 Long time coming but we knew the big fish were here and was really just a matter of time before someone landed one….. the lads went on to catch many more with Wayne also catching a big fish at 93lb. 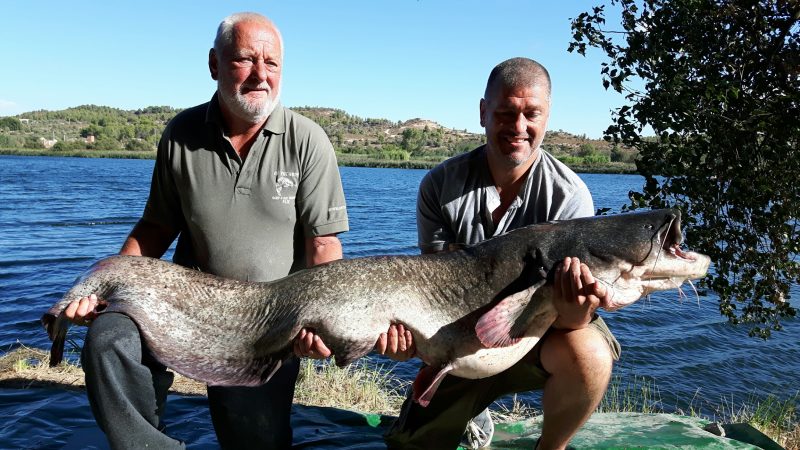 We finished off with eating out and some carp fishing…….. great few days fishing…. plenty of laughs along the way,  really great time and “About time” we are starting to get amongst the big fish.