Cracking Finish to the Season.

Cracking Finish to the Season.

This was to be my last group in this year, weather getting cold now, So it was nice to see Paul David and Andy arrive in shorts  and T shirts!!!!! Well not quite but I do remember telling them it’s getting cold now …… We started proceedings the following day well midday actually as it needed a bit of time for the night before to work off!!!!! Set up in the figgy and  cat rods out, I just hoped it wasn’t a cold night as 2 were staying out in their going clubbing clothes!!!! and all I had was some spare waterproofs.  Just before dark Paul was into a fish, good fish too and after the normal great scrap Paul had his dream fish ….. a nice big moggy at 84lb. 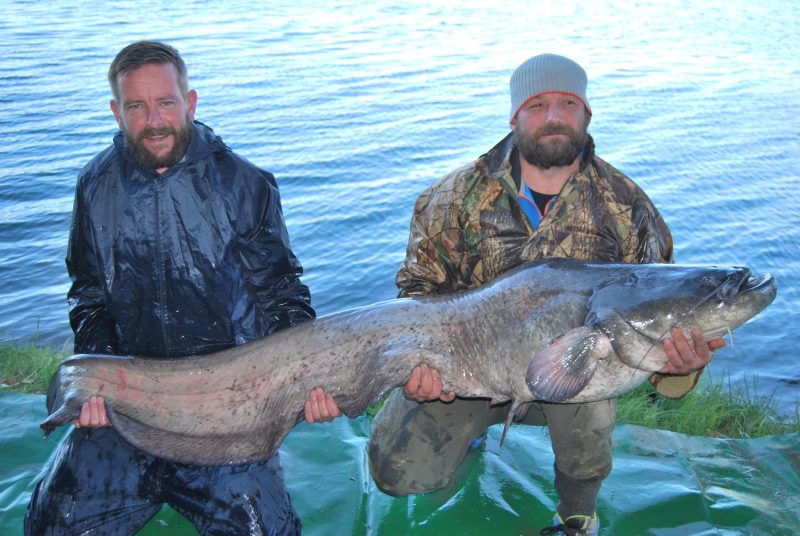 Both me and Paul left the other 2 to see out the night but the following morning the evidence of how cold the night had been was on my windscreen!!!! Ouch quick scrapping off the ice and quickly back to see the 2 lads. Well they were alive but only just, freezing cold they  said and no bites !!!! Ohh well nice hot cuppa and breakfast in a baguette soon got them moving… the day passed with a couple of small cats and the lads now with 2 sleeping bags each stayed the second night. Another very cold night with just the one run….. not a cat but a carp caught on a spod rod which had been scaled down to a single pellet. David had put the fish which he said was huge in the retainer and when it came to weighing and photos he wasn’t wrong!!!!!!! It didn’t look that big at first but lifting it up the bank gave it away……. could it be the fish of Davids dreams a 30lb wild river carp??? Well no is the answer because the digi Rubens showed the fish weighed 42lb 2oz a beautiful dark bronze fish. 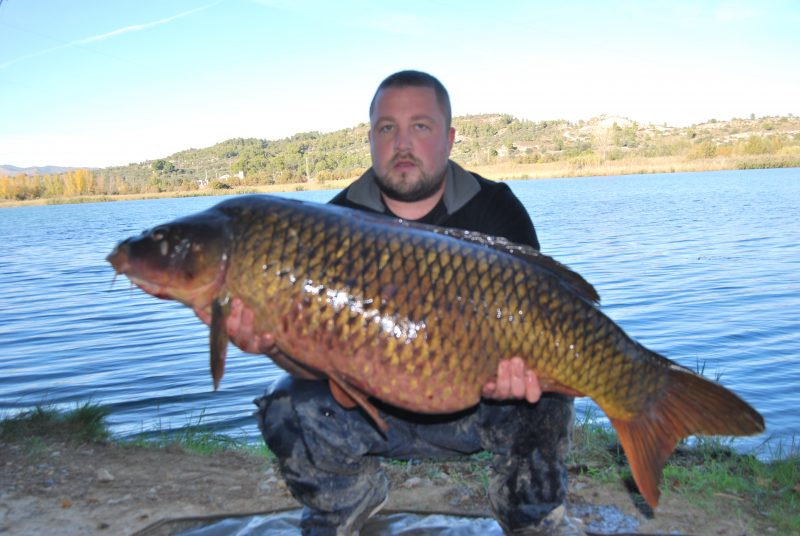 Well 2 very cold nights had paid off but took their toll…… we came off and  finished the trip off doing days only. David had a couple more cats of 50 lb but his trip was made up with his carp and Andy’s was made up with bottles of Rioja!!!!!!! 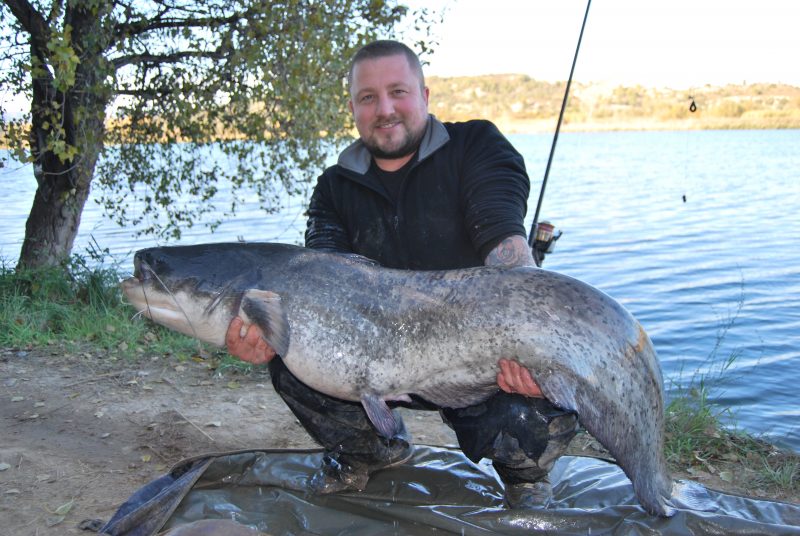 That was that, we finished off with a nice steak and a few beers, as the lads were up and out earlier in the morning. Hard work as it was cold and they weren’t really dressed for fishing but they landed some nice fish with the stunning common finishing my year of in style.

Until next year Paul