With the season off to a good start with the carp it was nice to welcome Danny, Curtis and Jozef here and they wanted cats !!!!! There was no wasting time either quick look at the factory stretch and “Figgy” on the way back from airport, quick change of clothes and off we went. River was still flowing but with a little extra lead the baits were held in place nicely, little but often baiting approach, camp set, off we go!!! First 24 hrs was a chance to see if anything was showing and where!!! Talking to the very enthusiastic lads the following morning it was apparent that there were fish here but on our normal line which wasn’t reachable casting heavy leads so dingy was brought into action and all baits dropped a further 30 yards out. 5pm second day and Danny is into a fish, now the factory stretch does flow but with 2 doors of the dam open the current was strong and this fish was taking full advantage of it!! Great scrap with the result being this 85lb moggie. 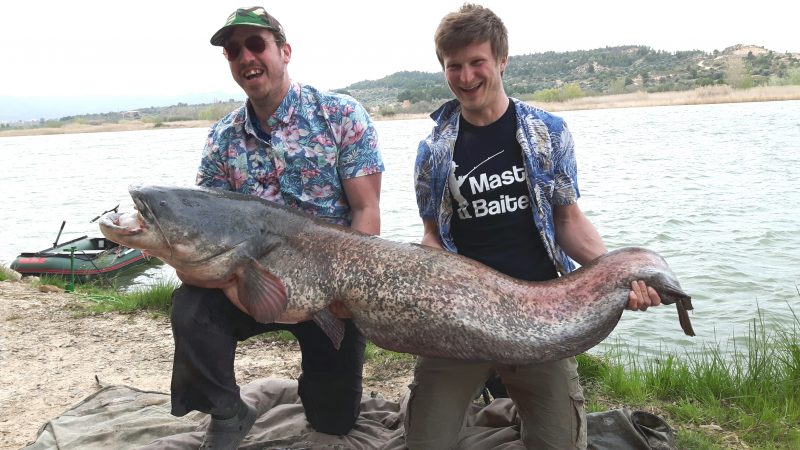 With the lads off the mark mood and confidence was good and with many fishing showing late evening and into dark the signs were there for more fish. 1am and it was Curtis who was in……another great fight in the strong currents and dark!!! and another 80lb + cat banked . 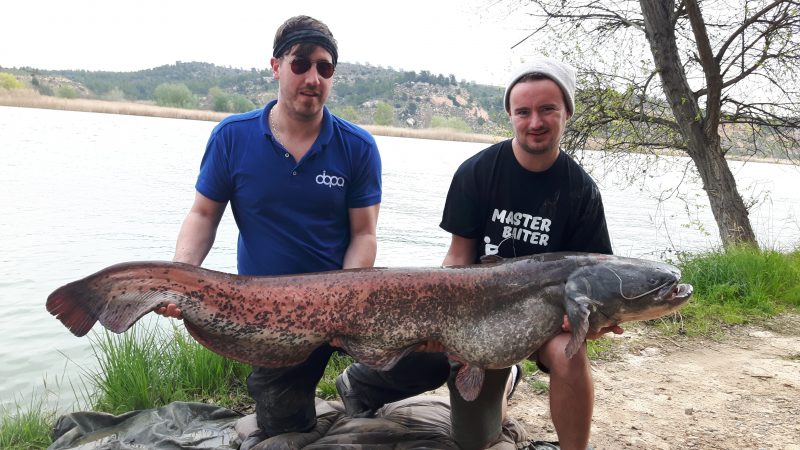 Following day was quite very strong winds and current up and down mixed with a lot of weed coming down meant for tough fishing conditions but the lads stuck at it keeping the pellets going in. Night came with nothing, following day not much better….but with the 4th night the wind had dropped and again the fish were rolling over the bait but it produced nothing. Was it time for a change???? Well the first swim looked promising trouble is when you have invested a lot of time effort and pellets in one area and with fish rolling it’s a big decision to move……well the lads stayed put one more night but again nothing. Eventually we did move but it seemed the cats here just not feeding probable cause being cold water temps just 8 degrees!!! although the 2 they had caught at the start were full to bursting!!!!!

last day they had in the garden swims where they caught a few carp to low 20’s…….. So to sum the week up good start, prob should have moved after day 3 and a few carp to get a bend in the rod at the end. Said it many a time it’s not always easy but there is always another day!!!!!