Well after last weeks cracking 161lb Cat from Mequimenza what would this week produce. Nice to welcome Simon and Kevin here which was to be their first time fishing the mighty Ebro. More pleasure  anglers then” bivvy boys” the  garden seemed the perfect place to start. Water still up we squeezed ourselves in with 2 carp rods 1 cat rod keeping it simple until I had had a proper chat and found out what they wanted from this trip. The garden is looking absolutely stunning at the moment and what with the Nightingales providing the music all that was needed was a fish!!   Well 30 minutes in and the cat rod was away, just like last week it absolutely tored off straight down the margin, poor Simon so funny as he hung on with the rod bent double and line screaming from the reel. He gained some line back but this was a very powerful fish and it kept taking it back again. Eventually it locked up s&@t after all that….the fish was still on but although it could take line we couldn’t get it passed the snag what were we to do???? Pump up the dingy and get out there was my answer, out I went which was tricky with the flow but I soon untangled the line from around a fallen tree and Simon was back to being well and truly beaten up!!!! only for it to get back into the snag. Out I went again this time I kept hold of the line as the angle Simon had to play the fish wasn’t good and I duly  pulled the fish into my dingy and rowed back with Simon not knowing what I’d done. Back at the bank the waiting Simon thought he had lost the fish but he couldn’t see I was virtually sitting on it, as I stood up and passed him 85lbs of cat fish. To be honest I was surprised it “only” went 85lbs that was some fight and great start for Simon and a PB. 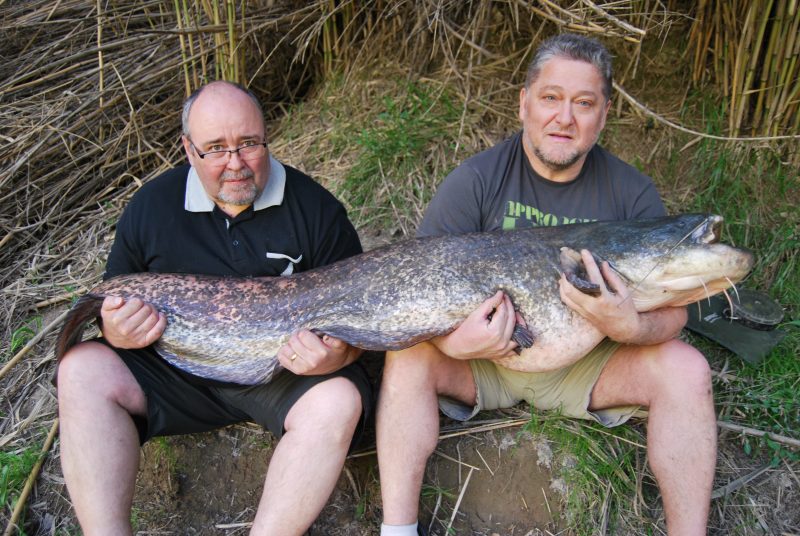 2 hours passed and it was starting to get dark when Kevin was off the mark with a lovely common and new PB of around 22lb that ended day 1. Day 2 started with Simon landing a nice carp into the 20’s and Kevin landing a lovely little cat at 29lbs both new PB’s, so 4 runs 4 fish 4 new PB’s great start for them. Day 3 and we were feeling like a Mequinenza trip, truck loaded up off we went and set up in the Town stretch along with about 30 other rods!!!!!!!!!! All day with no action apart from late on when a 2lb roach manged to get perfectly hooked on a 5/0 with a ring of 5 22mm halibut pellets!!!! and another PB. 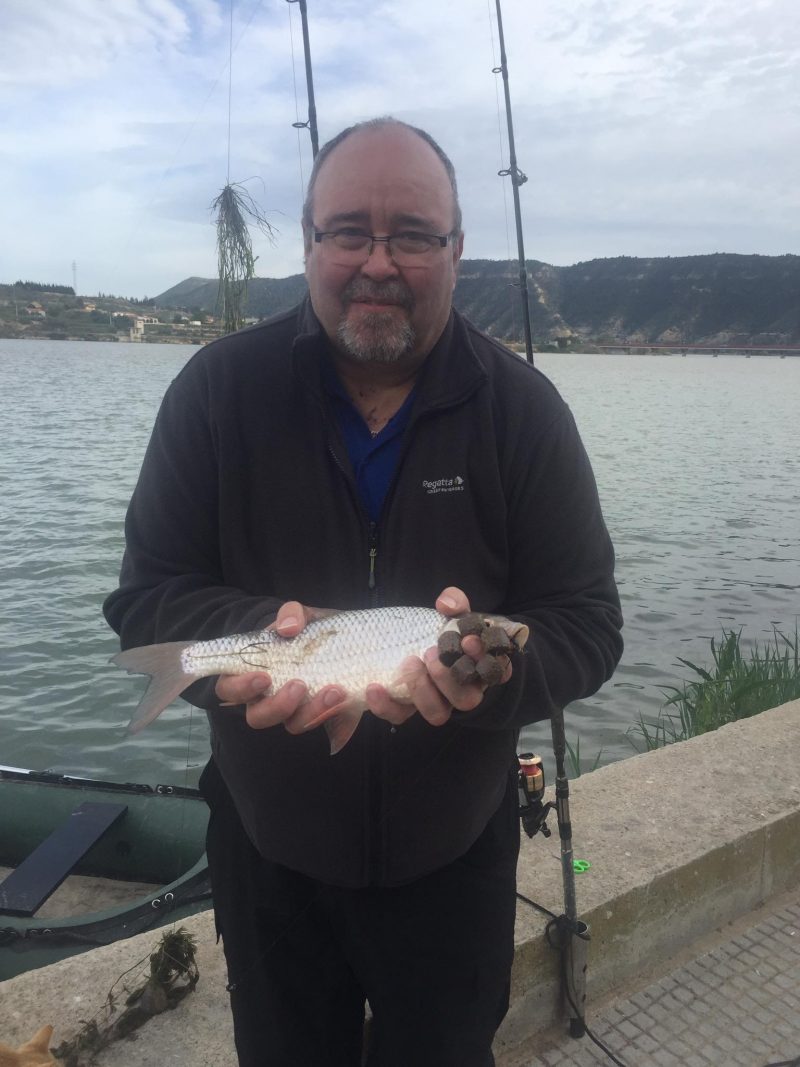 We gave it a good go but nothing more came of our trip and only 2 fish were caught here all day. Day 4 we had to go to Ribaroja as the river was being flushed through by opening all the doors of the dam. 3 carp rods out and Simon fancied a go for the big roach so quiver tip out as well . First blood to Simon and a cracker at 1lb 9oz and you’ve guessed it PB number 6!!!!! Now I know as did the lads these were no huge Ebro monsters but never the less 6 PB’s with the first 6 fish is good fishing. Kevin’s go on the quiver tip now and ohh he made Simon wait…….after 2 hours of missing bites he eventually told us he couldn’t see the tip!!!! so didn’t know when to strike ….lol. Bit of adjustment in his sitting position and it wasn’t long before he was into a roach no PB this time but they went on to catch a few more before we run out of swim feeders. The next day they were up and out early to catch their plane back home, great mixed bag of fish 6 PB’s and as always a few stories, good food and banter, thanks lads for a great few days and hope to see you again.