Tony Rob…… and a cuppa for Pops

Tony Rob…… and a cuppa for Pops

Tony and Rob making their annual trip nice to see them as last year was cancelled due to you know what!!!

Sadly Mick (Pops) part of the “Crazy Gang” has passed away. Ohh what a character, what a lovely man. We had so much fun, so many stories…… always with a cup of tea in his hand although being it his only job to remember the kettle…. yes he forgot it on many occasions. So upset 1 year he had no tea ( this is before we had setup) I found a discarded sweet corn tin…. I cleaned it up boiled some water in it a couple of times to disinfect it… bingo one very happy Pops, he had a kettle!! He loved his time coming here, The Fig Tree was his favourite where he could count the trains with his brother Nick, passenger trains  v commercial container trains £1 bet…… Pops always lost!!! as he picked passenger trains there was only ever 4 a day!!! Bloody loads of commercial!!!  Too many stories to mention but I’ll remember them all dearly. Rest well Pops…. when we’re fishing at Figgy and the kettles on they’ll always be an extra cuppa just for you. 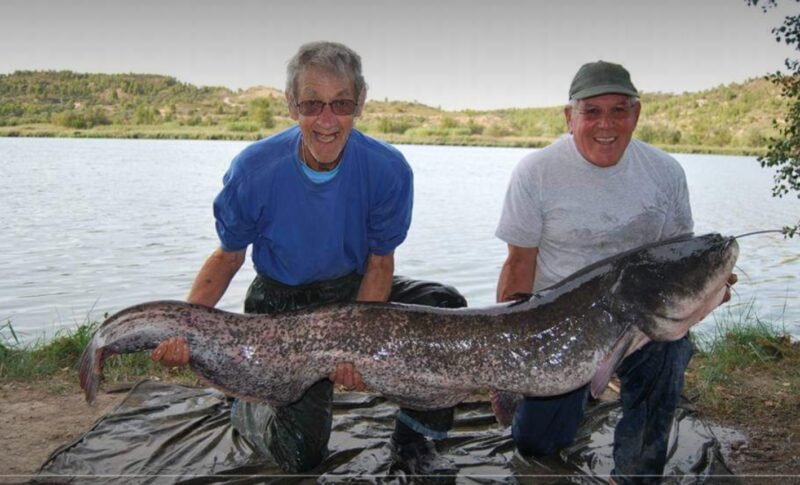 This trip for Tony and Rob was planned to concentrate on the Carp, we set up next to the factory hoping we could get Rob his 30lb Ebro Carp which was long overdue!!! First fish came to Tony in the shape of a nice 27lb common. Robs first bite saw him do battle with a 65lb cat on his carp rods, great fun but not what we were after. The lads fished 2 nights next to the factory, good fishing but the cats were a nuisance for this trip as we really wanted to target the carp still 13 cats and 3 Carp was a good start. After a night of problems with rafts of weed ( time of year and this particular swim) we decided to move up to Figgy. Still a chance of a nice carp but the weed isn’t a problem here so we could fish properly. Rob got his margin swim going with maize and boilies Tony got Figgy fed with pellets and had the cat rods out. First night in Figgy was a wet one…. 3 cats to 70lb no carp……following day it poured down but Tony and Rob kept the bait going in and the following morning Rob was rewarded for his efforts. Great scrap from his outer carp rod, snowman doing the business and at last he had his 30 a lovely dark looking common at 33lb 12oz. 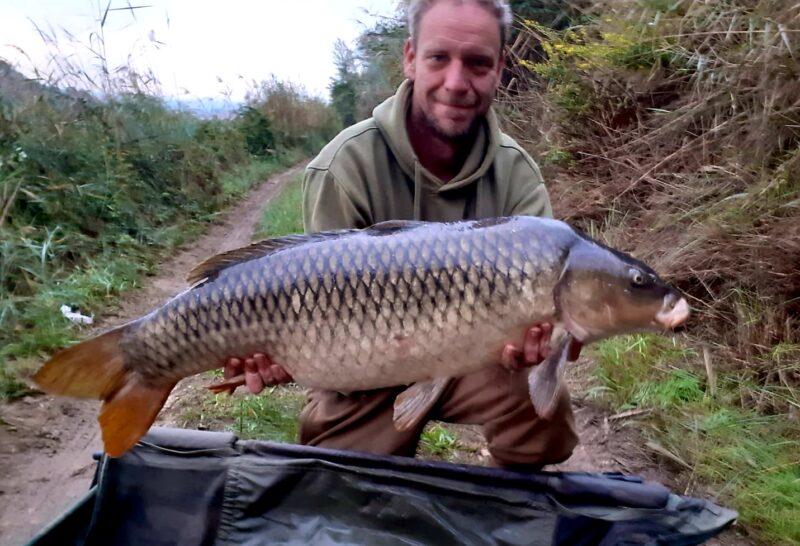 The following few nights produced just 2 more carp, both 20’s, the cats  were active …. no monsters but the lads end tally for the week was 49 fish landed 6 carp, 43 cats to 85lb mostly 50/60lb. Another great trip lots of effort as the weather wasn’t kind. One last thing as we packed away….. 4 cups of tea…….. Rest Well Pops x