I’ve not blogged of late….. I did say last year I would keep the blogging up to date on a weekly basis…. but as so many of you know it really was such a very tough year….. Snow fall in the Pyrenees was the heaviest in many years as was the rain fall!!!!!! All the years I’ve been here and I can’t remember a wetter year….. which sandwiched the hottest July I can remember. Again many of you will know the river was up into my garden until the end of June…. which made the conditions fishing at “Figgy” dificult …. even impossible for a long time. We managed fish but it was all such a struggle.

So this year is looking like it should be so much better….. not nearly so much snow in the mountains as yet, meaning that the river should be in good condition.

Ive decided to give the rooms a freshen up this year,  including the shower rooms so I’ll be busy until I get going again in earnest which is the end of March. I’ll blog some pictures of the renovations when I have some.

Also I do try and keep all the Tackle up to scratch…. but know that some of it was in need of a change… so what’s new for 2019?????🤔🤔 Well bedchairs for a start including 4 season sleeping bags ( at last I hear some of you saying!).. a couple of new Ovals including winter wraps …..  I’ve kept the carp reels Ultegra XTC’s and re-spooled them where needed, but have new carp rods … I’ve gone for Shimano Tx2 3.25tc… they have a great review so see how they go….  also all the carp set ups will be accompanied with Delkim alarms, new landing nets, retainers and a new cradle. I changed the cat rods and reels last year and they are a great set up, so all I’ve done is turned the braid around on the reels. What I have changed is all the “Cat Care” equipment……. so we have new sliding mat, new padded floor mat, weigh sling with new digital scales all bought from “Catfish Pro” so let’s hope we get them all slimmed up quickly!!!!

I know you all like a T shirt so this year I’ve changed them slightly, hope you like them!!! and I’ve also changed the logo on the Polos and Hoodies which I think is very smart…… I’ve also bigger sizes in stock for a few of you I’ve not catered for in the past lol!!!!!😉😉😎😆 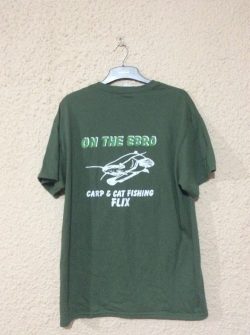 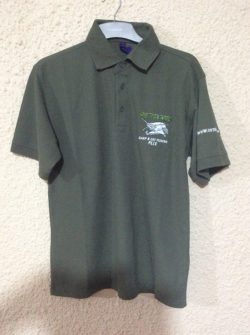 Another thing I’m so happy about this year is Boilies, The last 2 years I’ve been using various companies….. which have worked, but not the same as my favoured “Yellow Perils”….. Well this year I’ve managed to find someone to roll them ……. thanks to Mark of www.custombaitservices.com they are exactly as I wanted…. and they are already catching fish having only tried them out on 3 short trips!!!!

The last thing I want to say is a huge thank you to everyone, I have an incredible customer base, many of you return each year, some of you twice!!!!! Then there’s the past customers who you still look in and see how we’re doing….. also after a poor year last year some of you could of been put off by this sometimes challenging…. but amazing river, but you’ve booked again and I’m full except for only a couple of slots for this year. This will be my 16th year running On The Ebro…..  my sleeves are rolled up high and I’m looking forward to this year….. let’s hope we can have a great year with lots of fish as well as the laughs on the way.