Well it was nice to get started properly….. I’ve spent alot of time getting things ready…… but with James here to get us going it was going to be easy seeing he’s a regular.  Target was the Carp and destination was going to be Caspe . Truck loaded we set off ….. an hour later stopped off at the tackle shop in Caspe  to get the relative permits.  On chatting to the guy he suggested us going further up to Escatron where the reports were good for the passed week or so…… New area for me so taking note of directions we changed our plan and headed there. On our arrival we found the river much narrower and due to the lack of rain and snow this year it was very low. We settled on a swim where we could get to the waters edge easily as the low water had left soft mud flats to most of the swims.

First thing was to get the dingy out and have a look about using the fish finder.. Usually you are fishing at distance up this way but at 40 yards the river dropped down to 17 feet and at 70 yards was the far bank so we weren’t going to need the dingy and nice to fish properly. First 24 hours passed with alot of fish showing but just a small cat and very small carp coming to Jame’s rods. We were only using the new boilies for this year which have already caught me alot of fish down the garden so I was confident for more action.  36 hours in and I had my first knock!!! 1 hour later and my left hand rod was away…. James was not stiring so I was on my own…. typical heavy fish fight ending with me having trouble landing it,  as it was so deep it kept beaching as I was trying to  get  it in the net!!! Any way all ended well I managed to wake James up and the season was off to a good start with a cracking 40…. 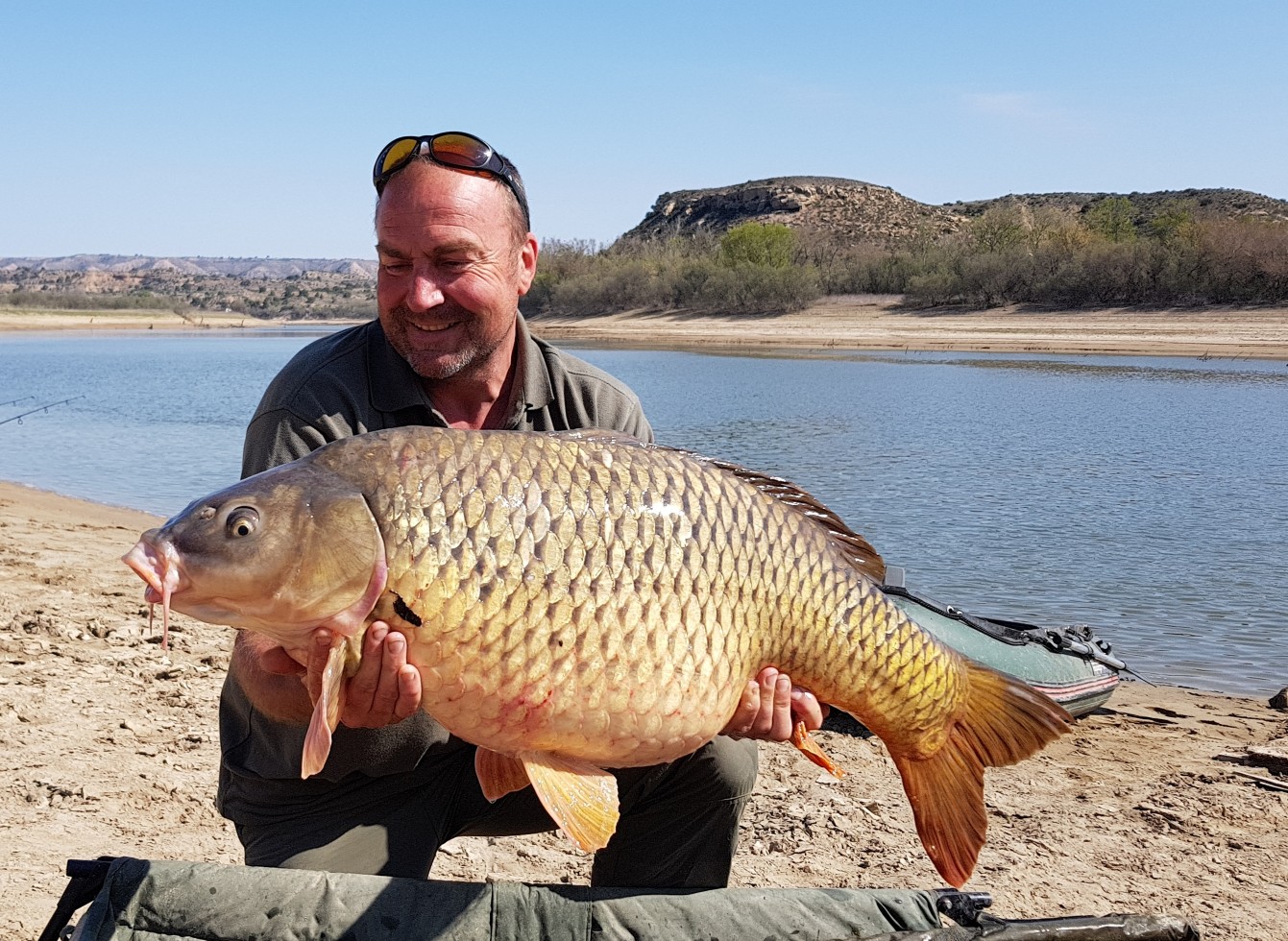 Shortly after James was in ….. good fight but as it was getting close it seemed to get snagged….. eventually I went out in the dingy and found it was snagged on some old line……. but I could see the fish and it was a good one too…. I went back for the landing net but on returning unfortunately the fish was gone and the hook was attached to 30 yards of thick nylon and cat end tackle 😤😤. It was only going to be a short 2 nighter and that morning we both managed to land a fish each…. Jame’ s went 16lb and mine 24. 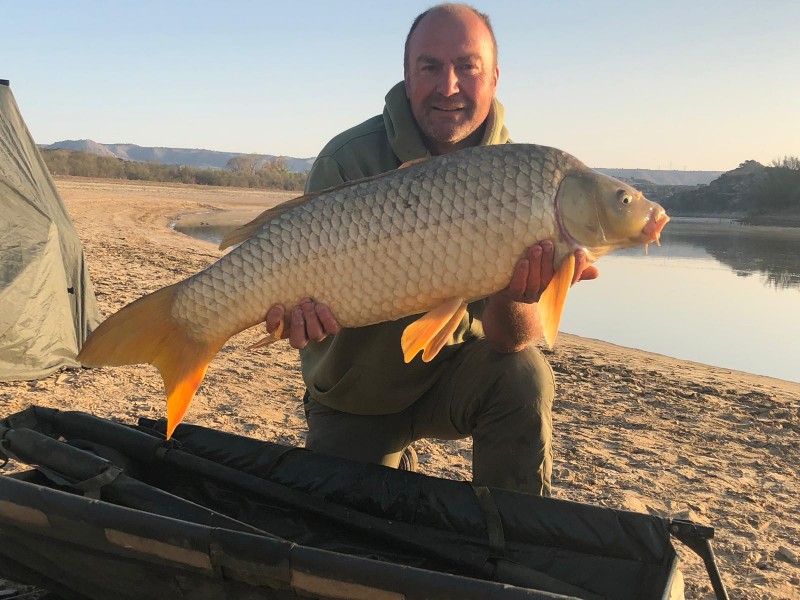 Beautiful location and a new area to think about in the future  The bait is working well very pleased to be using it again and is perfectly rolled by Mark of www.custombaitservices.com  All is looking good for this year I look forward to seeing you soon..🎣🎣