So after a great break with the family it was time to see Martin again, this time he had company in the form of Nick, Ulsdean and Richard. I got them set up under Figgy and just as was about to go and get lunch sorted Richard was in!!!! Classic Ebro warfare  pursued which resulted in a clonker at 116lb….. 1 box ticked!!

The lads went on to catch many more, even a 24 hour blank patch didn’t put them off as Martin and Nick landed fish of 84 98 and Nick finishing the trip off in style with the biggest at 120lb 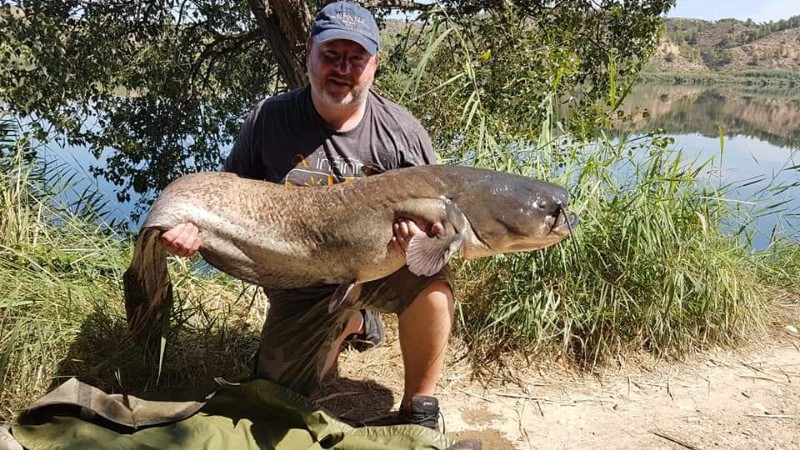 Great trip finishing with this one at 120lb

In came Paddy and Ben……. and a few days late Adam arrived but not until Paddy and Ben had got off to a flyer. Paddy had the most amazing battle with a very angry cat, you can check out some of the fight on the Face Book page but it resulted in a new PB of 118lb. 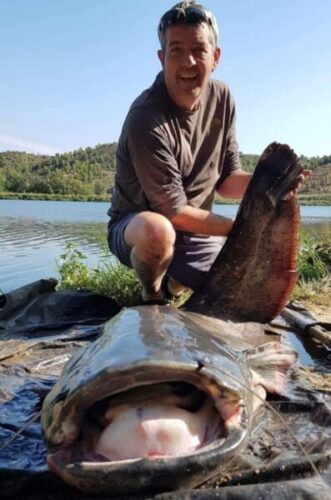 Proper scrap for Paddy with this at 118lb

Not long after Ben did battle with this brute of a cat ….

With 3 days to go the lads were up to 32 cats, Adam had a strange fight we really thought it was “The One” but the fight that lasted well over half an hour ended with a 92lb cat coming in backwards!!!!!!! Hooked in the end of its tail…… It was most definitely Paddy’s year he was hauling, a couple more “Tons” when he was in to an obviously very big fish…… slow and powerful but Pads didn’t wobble soon he had landed the fish of the trip in the shape of this huge 156lb moggie. 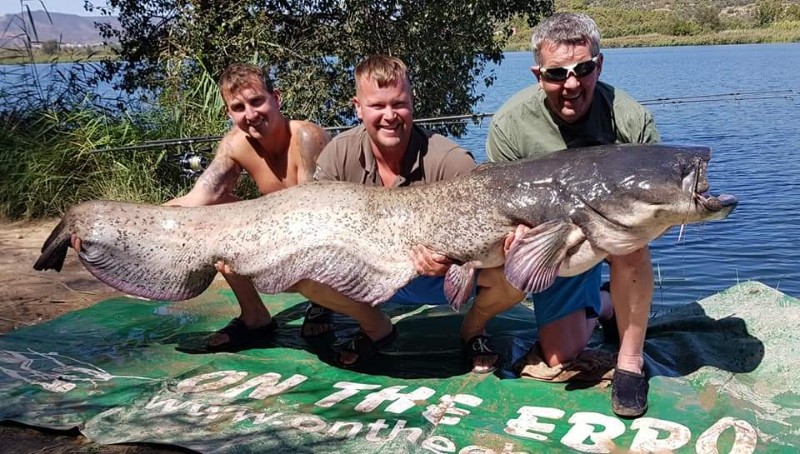 Fantastic fish and a fantastic trip

Tom and Adam popped in for a quick trip, they landed plenty of cats 17 in total biggest going into the mid 70’s but just couldn’t get amongst the biggies

So the season has continued well after the  August break, hopefully it keeps going until the end!!!

Until next time Paul 🎣🎣