Well a really great season we’ve had so far and next in was Lyndon with his friend Michael and his brother Aaron. They started very well landing 6 fish on the first day, the biggest came to Michael who had the pleasure or is it the pain in playing his 92lb cat on a carp rod!! So much fun but it took him a full 40 minutes!!

No pain no gain! 92lb for Michael

The lads continued catching with Aaron landing a 74lb cat then came a quiet period….. little action until Aaron landed cats of 65 and 36lb on the carp rods again. Lyndon stepped things up the following afternoon with at last for all their efforts a Ton…….

The fishing continued steady Mike had a 70lb cat Aaron a 50 and Lyndon with a cracking 30lb common.

After falling foul to the horrendous conditions last year it was great to see Bob Simon and Simon back….. and it didn’t take them long to make up for it with Simon landing a 97lb cat on their first evening. 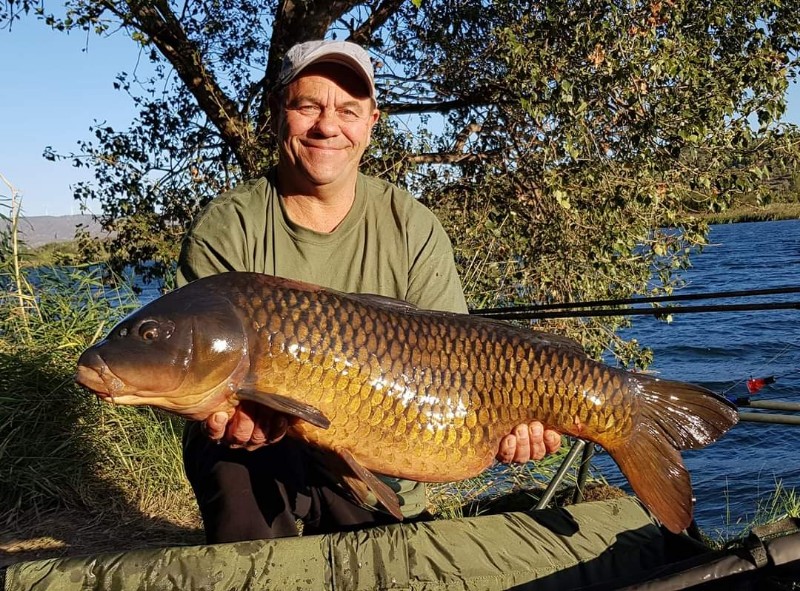 Tony and Rob we’re back…. lost count how many times they’ve been and they brought with them Allen for his first go… Really don’t know what had happened upstream but the river over night had turned chocolate brown….. weather ever changing wasn’t helping either . Over the years they have caught a lot of fish but they were made to work hard this time….. They eventually stated landing some small cats mainly 40’s and 50’s with Rob then saving the trip with a nice cat at 107lb and a nice mid 20 carp

Chris was back for a 2nd trip, Roach was our target…. we decided to tackle them with feeder tactics……… and we caught loads. We fished Ribaroja but nothing very big so we went upstream to Fayon where we had some great sport……… we were getting a bite a chuck all goer Roach with Chris landing the biggest just short of the 2lb mark.

Cracking sport on the feeder

last group in for the year was James, he brought along Tom, Joe and Allen. We set up at the factory with 4 rods on carp and 4 on cats. The carp kept coming with plenty of 20’s but the cat rods didn’t really get going. Joe did manage a few cats with the biggest going 78lb. 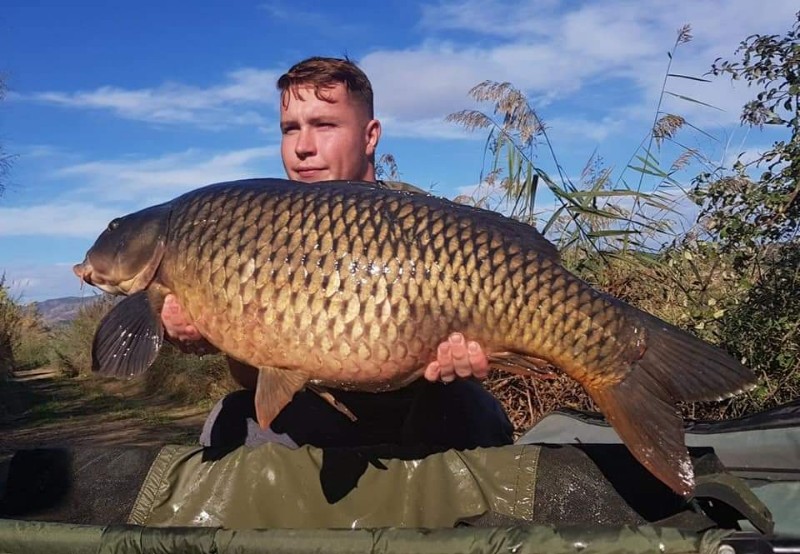 James catching a real gem of a common at 28lb a real Ebro wood carving. 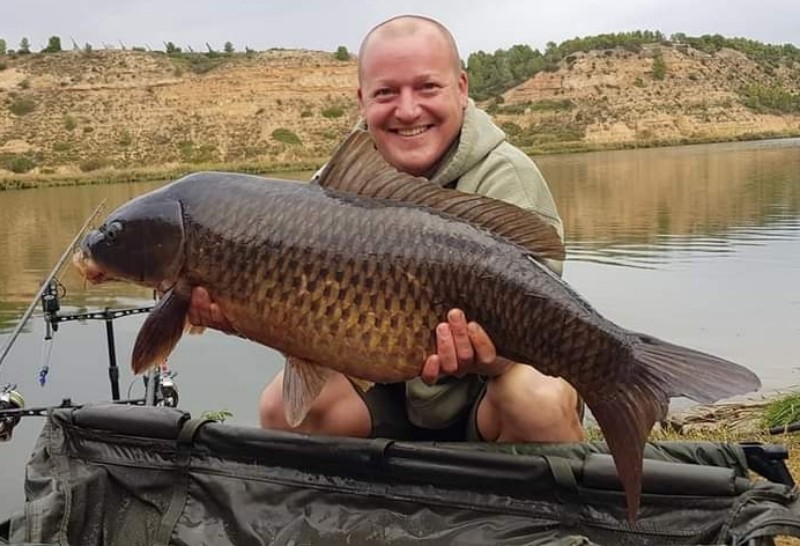 That was the last group in…. weather in November always takes a turn with cold mornings and the short days…. but what a fantastic year big thank you for all your custom and efforts hope to see you next year.